Catherine Truman’s solo exhibition ‘No surface holds’ opens on July 20 at JamFactory in Adelaide as part of their Icon series, which was launched in 2013 to celebrate the achievements of South Australia’s most accomplished craft and design practitioners.

With a 35-year practice that covers film to public artworks to finite carvings, ‘Jeweller’ as Truman is sometimes referred to, hardly embraces the true expanse of her practice. Rather, she is an accomplished artist, with a love of research flowing in the undercurrent to all of her practice, a practice that is of and about the body as much as it is intended for it. She was described by Melinda Rackham in Catherine’s 2016 monograph as “…a holistic maker – acutely aware of her process, while continually evolving her inquiry. Truman’s curiosity takes her and her makings into the sensate and anatomically unfamiliar – probing thresholds of human being”.

Catherine Truman: No surface holds is on show from 21 July – 17 September at JamFactory before touring nationally. 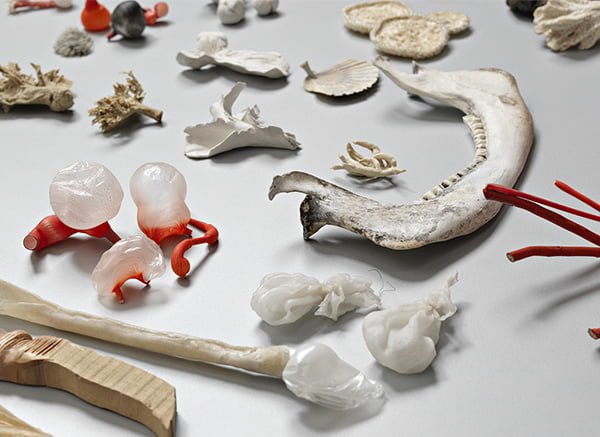