The Françoise van den Bosch Award is presented every two years to an outstanding practitioner of contemporary jewellery, and is considered among the most prestigious prizes in the field.
We are thrilled to announce that Funaki-represted artist Marc Monzó has just been nominated as the 2016 winner.  He joins such illustrious company as David Bielander (2012), Lisa Walker (2010), Karl Fritsch (2006), Warwick Freeman (2002) and Otto Künzli (1990).
Marc Monzó trained at the Escola Massana in Barcelona, graduating in 2000.  He has exhibited extensively since 1998 and his work is held in public collections worldwide.
Marc Monzó exhibited with Kiko Gianocca at Funaki in 2012 and will present a solo exhibition at the gallery in early 2017.  If you happen to be in Germany, his work can be seen from next week as part of ‘From Here and There’.
Image: Marc Monzó, Big Solitaire brooch, silver, cubic zirconia 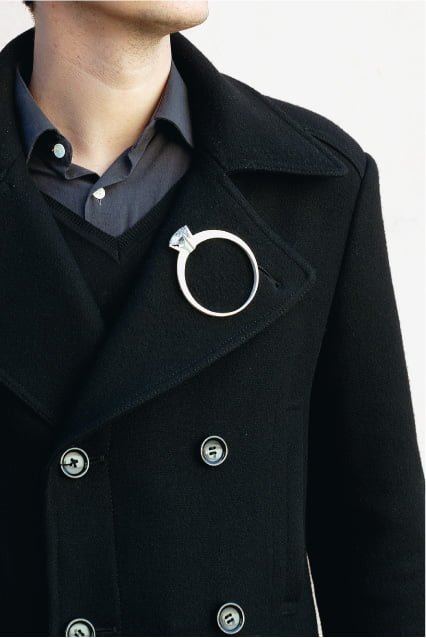