The t-shirt is a primary piece of clothing and also an Australian one; hanging faded on the Hills Hoist, crunchy with salt after a day at the beach, sticky with melted raspberry icy pole, smeared with grease after fixing the Holden or the Ford (depending on your inclination), torn and bloody after a Friday night brawl at the pub. With our shared bogan cultural heritage, we both had favorite t-shirts that would be worn until they fell apart.

Justine and I started discussing the t-shirt work in 2009. We considered its relevance to our experience of garments, how it is worn and how it wears, the traces of life that a well-loved t-shirt carries embedded in its fibres. We produced the first body of work later that year and this was our first “stepping in” to working together after years of knowing each other, enjoying one another’s work and discussing the possibilities of collaboration. We were keen to explore the potential of responding to each other’s practice and in challenging one another to new extensions of our individual work. Justine’s understanding of process, in relation to stains and marks left in garments, was played out on t-shirts in the initial series, and these t-shirts resonated with the flat, graphic, light shapes I was developing for brooches and necklaces. We then continued on to produce Awkward Beauty with Michelle Taylor, which was a whole other ball game.

We have now worked closely together for 4 years and have reached a new stage in our collaborative process. The t-shirt evolves but we remain committed to this simple, iconic garment as the parameter for our research. A light, flexible, generic form, its edges shift to accommodate the ideas that interest us. This is darker work, more slippery: the contained forms vibrate with the marks and traces of the chaos of events. The processes are at times industrial, demanding and harsh.

We’re intrigued by the interplay between clothing and jewellery. The physicality of one influences the other as we work with the weight of cloth or metal, the size and shape of elements, the texture of a surface or an edge. Then there’s the content: deconstruction, process, mark, gesture, structure and materiality. Transience.
The forms react to one other, not only through the making process, but finally on the body as well: arranging, rearranging, each movement suggesting new possibilities. 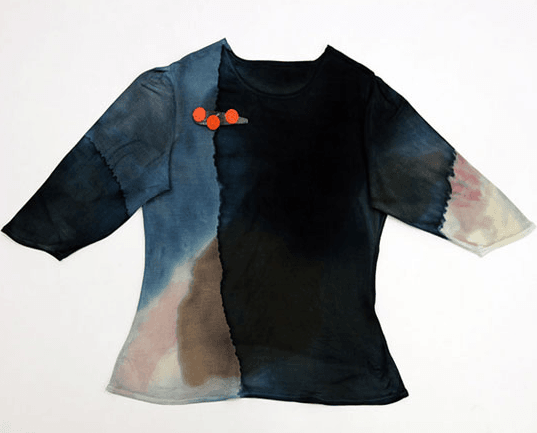 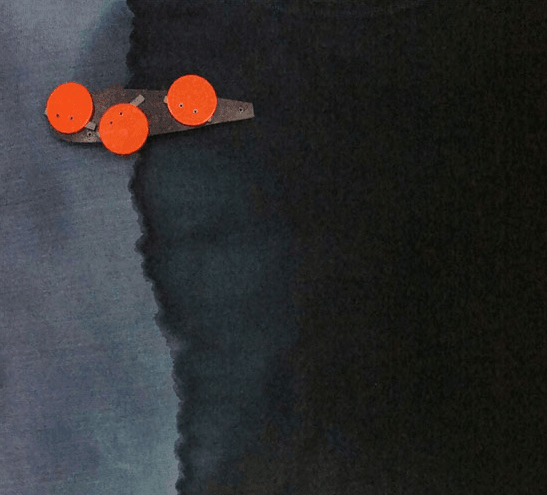